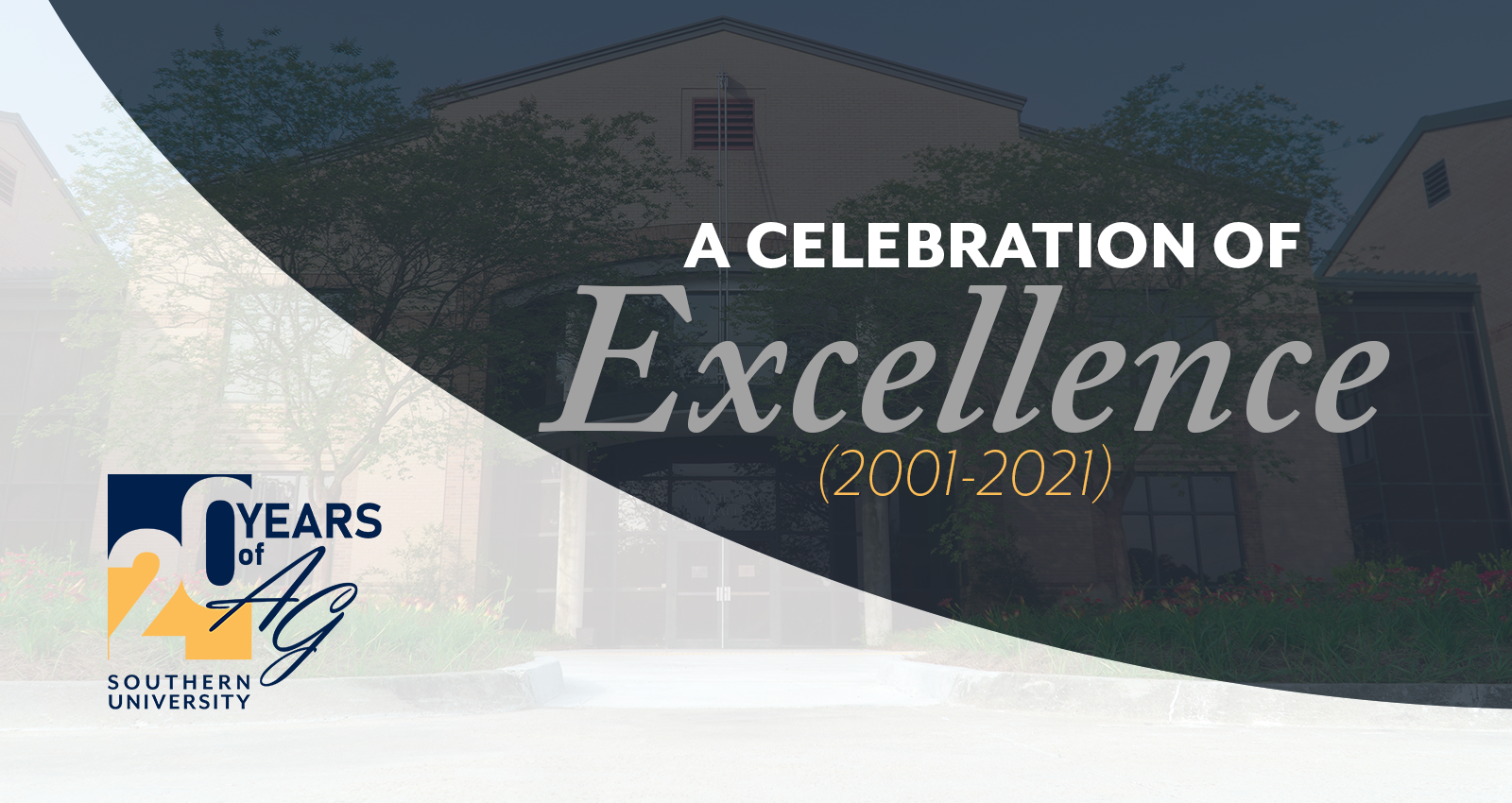 The Southern University Ag Center was established on July 1, 2001 out of the need to enhance the impact of our land-grant programs on the citizenry of the state of Louisiana. The mission of the Center is to conduct basic and applied research and disseminate information to the citizens of Louisiana in a manner that is essential in addressing their scientific, technological, social, economic and cultural needs of its clientele. SUAREC encompasses the Center for Small Farm Research, which was established in 1983, the Cooperative Extension Program, the SU Livestock Show and its state-of -the-art arena with a 385-acre agricultural research experiment station and the Southwest Center for Rural Initiatives, a satellite entity located in Opelousas. In recent years, the College of Agricultural, Family and Consumer Sciences at Southern University in Baton Rouge has been relinked to the Southern University Ag Center with an inaugural Chancellor-Dean taking office effective September 1, 2016. In the near future, a potential acquisition of more than 400 acres of land from the former Jetson Center for Youth will be formalized making it part of the Southern University Agricultural Experiment Station. The College of Agriculture, Agricultural Research and Cooperative Extension are now under one management and will be commonly known as the Land-Grant Campus focusing on teaching, research and extension to fulfill its statewide land-grant mission.