Industrial hemp is a Cannabis sativa plant that has been cultivated for 10,000 years as a fiber and grain crop with modern applications for textiles, building materials, seed oil, and essential oil. It is not marijuana as it contains total THC that does not exceed 0.3 percent per dry weight. THC is the psychoactive chemical that at higher levels defines marijuana.

Taxonomy of Cannabis sativa (L.) The hemp plant is botanically described as Cannabis sativa. The taxonomic classification of Cannabis has been debated among botanists due to possible differences in origin and morphology. However, while there are many strains with unique characteristics, they all are capable of inter-breeding, and therefore do not meet the typical biological definition of species. The most current classification considers all strains, including hemp and marijuana, as one species, Cannabis sativa, as originally named by Carl Linnaeus. In many of the states and countries where hemp is permitted to be grown, hemp is defined by statute as those C. sativa plants that have THC levels below 0.3%, on a dry-weight basis. Hemp has been historically grown for fiber and seed production. It has low levels of the psychoactive component delta-9-tetrahydrocannabinol (THC) and high levels of cannabidiol (CBD), a non-psychoactive compound that has potential therapeutic uses.

What is industrial hemp?

Cannabis sativa with THC < 0.3% per dry weight a potentially valuable and impactful alternative crop Requires preliminary assessment of the crop for:

What farmers should know about industrial hemp

Hemp may look like an exciting new crop that might be an alternative revenue stream, but it is important to understand these rules and regulations, and recognize the inherent risks associated with hemp production. Some of these risks may only be revealed well after the crop has been planted and may be costly to address after the fact. Remember that there are many undetermined factors regarding how industrial hemp will grow in Louisiana’s unique environmental conditions under current production systems. Make sure that you are up to date on the rules and regulations at: http://www.ldaf.state.la.us/industrial-hemp/ Review reference materials from the Louisiana Industrial Hemp Program Regulations• It is NOT legal for farmers to plant industrial hemp without a cultivation permit from LDAF. • Seed importation and transportation will require special permits and documentation from state and federal agencies and other entities. • It is premature at this time to recommend specific seeds or cultivars that will be successful in Louisiana. It is likely that varieties from northern origins will mature and flower too rapidly. Many ‘varieties’ are not yet stable in terms of plant growth or THC development. The goal is a certified variety from subtropical environments that consistently performs well in Louisiana with THC that does not exceed 0.3% total THC by dry weight. • Hemp plantings grown in a defined area that surpass the legal limit of 0.3% total THC by dry weight will have to be disposed of, perhaps under the supervision of someone authorized to handle controlled substances. Hemp plants can surpass the legal limit (i.e., test over 0.3% total THC by dry weight) due to genetics or a variety of stress driven by factors such as heat, moisture, nutrition, or pests. Testing for THC levels will be performed per USDA and FDACS requirements. • Due to the lack of knowledge on how industrial hemp will perform in Louisiana, the potential for it to escape from cultivation and become invasive must be seriously considered. In other states and countries, hemp has been, or is, regarded as a weed. Other possible environmental impacts of its introduction in Louisiana should be considered. Careful consideration and effective control measures must be embraced in order to avoid future problems in nearby cultivated and natural areas.

Be Prepared • Learn all you can about industrial hemp. The Southern University Cannabis and Hemp Research Institute is here to help but there is still a lot to research and understand.

For centuries, humans have cultivated C. sativa for fiber, food, seed oil, medicine, and ritual. Archaeologists and historians have confirmed the use of hemp for fiber and food by ancient civilizations as early as 8000 BCE, with mentions in ancient texts of advanced industrial applications as early as 500 BCE. Fiber from hemp was critical in the domestication of animals and establishment of naval transportation. In 1545, hemp arrived in the Americas via the Spanish. Hemp was noted as an important fiber crop, along with flax, in the New England colonies by the mid-1600s. The first two copies of the Declaration of Independence were printed on paper made of hemp. Peak hemp production in the United States was in the mid-1800s with temporary spikes during both World Wars. Industrial hemp production was most common in Illinois, Iowa, Indiana, Minnesota, Wisconsin, and Kentucky—which had the highest production. The cultivation of hemp, primarily for fiber, was common worldwide up until the 1820s and the introduction of other fiber crops (jute, sisal, cotton) and synthetic fibers led to a decline in hemp demand and production. It has been documented that 75,000 tons of hemp was produced in the 1840s while only 2,000 tons were produced in 1948.

Regulation In addition to market forces, statutes and regulations enacted in the early 20th century such as the Marijuana Tax Act and the Controlled Substances Act to control access to C. sativa led to the ultimate demise of the United States hemp industry. Regulations, coupled with the taxonomic ambiguity described previously, created legal challenges for cultivating or possessing any C. sativa. Changes in public opinion regarding C. sativa regulation and potential medicinal use led some states to pass legislation allowing the cultivation and sale of medicinal C. sativa in the late 1990s. This has led to proponents of hemp to advocate for the ability to grow nonpsychoactive C. sativa for other uses and as a potentially important and profitable alternative agriculture product. The 2014 and 2018 Farm Bills included language to distinguish hemp from marijuana and to provide a framework for the legal cultivation of hemp (https://www.ams.usda.gov/rules-regulations/hemp).

Additional information on licensing is available at here.

Check back for production and growing information on hemp fertility, planting sources to include seeds, clones, transplants and pest management.

Louisiana Department of Agriculture and Forestry

The Louisiana Office of Alcohol and Tobacco Control 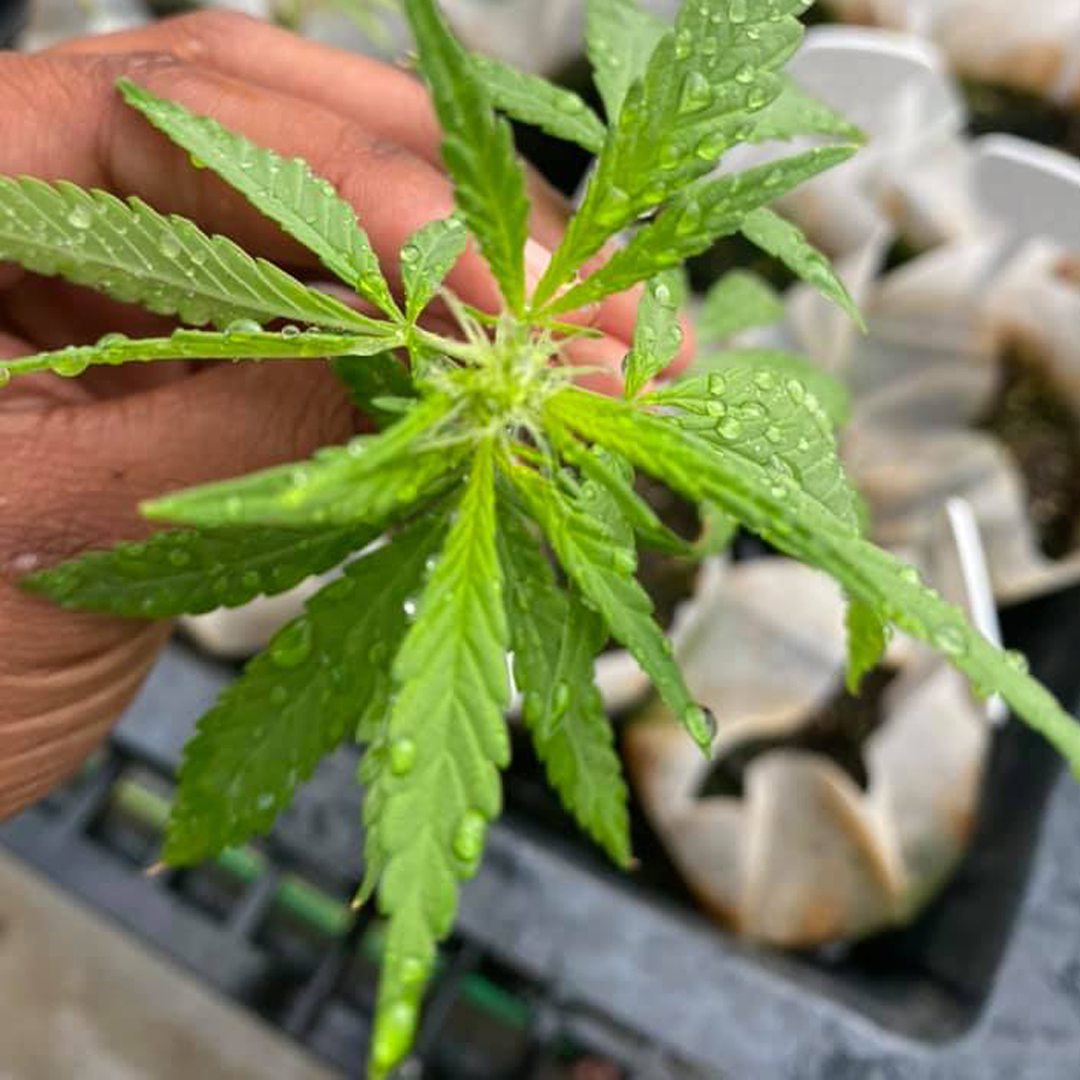