Leadership Throughout the Years 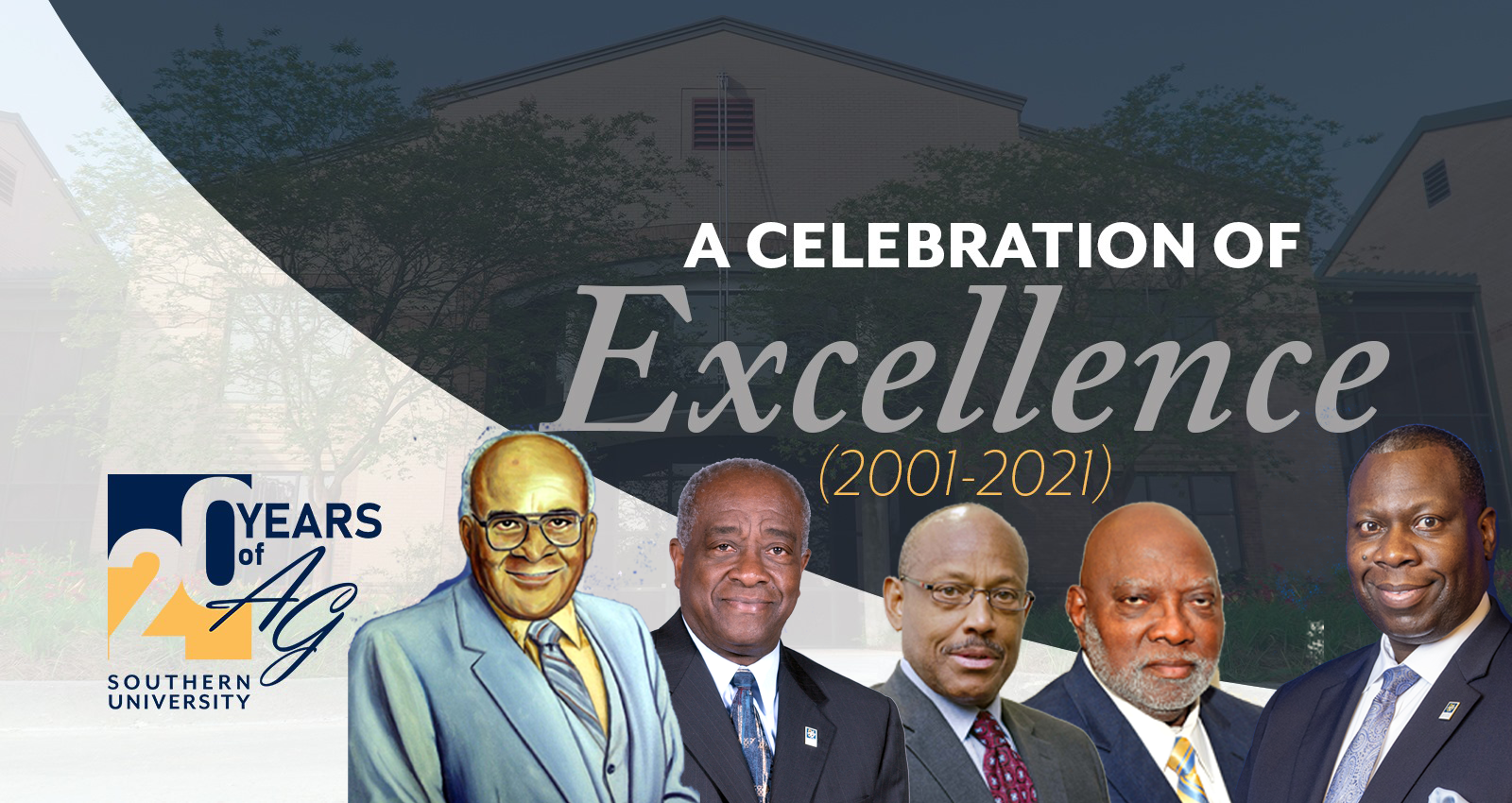 Southern University Agricultural Research and Extension Center and the College of Agricultural, Family and Consumer Sciences (2016) **

College of Sciences and Agriculture (2014)